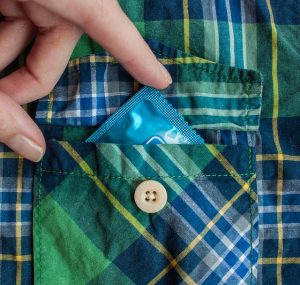 Before Japan, he was in the army. Says he saw a lot of bad things during his stint. He’s been all over the planet, except Antarctica, but that’s on the list. He’s done it all and seen it all.

He said resolutely that he only dates Asian women. Period. His last Asian girlfriend in the States was rude to his parents one night because she didn’t show up for dinner. Made excuses. “That’s bullshit,” said Will. He dumped her on principle, but his face would soften a little when he spoke of her.

Got his head straight after Japan and went back to school. Likes it. Was just traveling this time for the summer.

Although he’s only twenty-five years old, he seems twice as old as that. He’s lived life. And when asked about life he said, “The war didn’t get me, but I know I’m gonna die, early. Hell, I was just over in Thailand. I was fucking this whore and right in the middle, the rubber broke. I went, ‘Oh FUCK!’ I’m terrified to take an AIDS test. I probably got it right now.”

“Will the Thrill” is a short story in Hillel Groovatti’s new book of short fiction entitled Totally Losing Face and Other Stories.