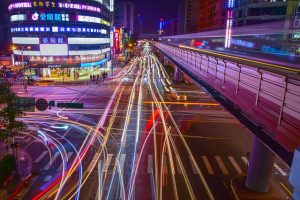 As the cold rains of winter arrived in late December, Gareth came into the break room again and didn’t even look at the secretaries; just sat down quietly in a chair in the back of the room and looked out the window as the raindrops slowly slid down the long windows.

The secretaries quietly filed out of the room after they finished eating. I was almost done with the daily crossword and had forgotten that he was even in the room.

“Man, you ever been in love?” Gareth suddenly blurted out.

“No, can’t say that I have,” I said looking up from my newspaper.

“I met this woman, this beautiful, enchanting, engaging, wondrous, incredible woman! And she is unbelievably gorgeous!”

“Yeah, she won’t let me call her. I have to wait until she’s ready to see me. I literally have been waiting by the phone for days, and every time it rings, I pray it’s her, but she hasn’t called for over a week. I can’t wait. I can’t think straight. I have to see her! I’m dying to see her, to hear from her, but she’s treating me like a toy that she can just throw around whenever she wants to. I can’t live like this! I love her and want to spend the rest of my life with her if she’d only get divorced and fucking call me!!! I’d marry her tomorrow, I really would!”

Winter left quickly and the unpredictable “plum rains” abruptly arrived in April. Summer was right around the corner, and we were gearing up to open a slew of new children’s classes. The secretaries were in a heated argument in the break room over how many classes to open and who would teach them. I let the ladies figure it out while I ate my chicken leg and rice dinner.

Gareth entered the room as I finished off the last of my meal. He practiced his limited Mandarin skills on the secretaries and then approached me once the ladies left. “Hey,” he said, “you ever want to do something else here? Like ‘real’ business? Like importing or exporting or something?”

I tossed my Styrofoam dinner container in the trash and said, “Importing or exporting what?”

“I don’t know, anything. There just seems to be so much opportunity here and people are making money hand over fist, and they just don’t even seem to know what they’re doing.”

“You can make good money teaching English,” I added.

“Naw, I’m thinking much bigger. Look ahead, try to predict the future. What’s going to be an important product in five or ten years? Let’s figure that out and get into it. Let’s make some real money man!”

Summer was finally coming to a close. The monsoons left and the typhoons were gathering steam. A lot of the summertime English teachers were leaving back home, and I was planning a little vacation to clear my head.

I went in to observe one of Gareth’s adult classes and a few days later called him into my office to discuss his review. He wasn’t using the book very much, wasn’t giving his students enough opportunity to speak and worse yet, he wasn’t correcting them: Typical new teacher mistakes. But his students really seemed to like him.

“So Gareth, how do you like teaching here?” I asked.

“It’s not what I want to do for the rest of my life,” he said. “In fact, this is probably a good time to tell you that I’m leaving after this class is over.”

Not what I wanted to hear. The hardest part of my job was finding good teachers. I spent most of my time hiring and training teachers, and just as they were getting good they would invariably want to leave. I closed the folder containing his review and leaned back in my chair and said, “Now why would you want to leave Taiwan so soon?”

“It’s complicated. It’s nothing to do with you or the school. I’ve had a great time teaching here, just something came up.”

“No, that was ages ago. She doesn’t want to have anything to do with me. I met another one, she’s rich, comes from a good family and her father does something in the government.”

“Sounds great, are you getting married and moving back to Canada?”

“Hell no! Well, I’m moving back to Canada, but not getting married. I’m too young for that.”

“So what did you tell the girl?”

“I told her I’d pay for an abortion, but she doesn’t want one, she wants to marry me. What would you do?”

I tried to talk him out of it and tried to get him to stay, but his mind was set. He finished his last class a few weeks later and left Taiwan, for good.

He left me an old box of rubbers on his last night; they were the “ribbed” kind for extra stimulation.