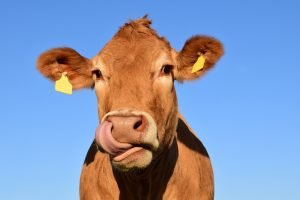 When Not to Mention a Booger

Do I raise a fuss and cause an international incident over a booger?

A few years ago I was in Shenzhen, China—a megacity across the border from Hong Kong—and in the mood for a movie. After walking to a brand new theater in an upscale mall called The MixC, I approached a cute ticket agent and instantly noticed a disgustingly gooey booger sticking out of her right nostril. Having been a ticket agent once a long time ago and having had jobs facing the public, I empathized with her.

“What movie,” she asked in Chinese.

“Impossible,” I said in English. I’m a sci-fi fan and this was the first and only Chinese sci-fi movie that I had ever heard of. Sure, you can argue that a lot of Chinese kung-fu flicks are sci-fi-esque, but this was a legit sci-fi movie.

I tried to avoid looking at the huge projectile dangling at the end of her nose, but it was too large to ignore, like a massive orb pulsating out of her sinus cavity. “Should I tell her or not,” I thought to myself.

I gave her the money for the ticket and then quickly blurted out in Chinese, “Uh, your nose hole has a thing.” That’s what I literally said because my Chinese isn’t that good. Sometimes you’ve got to use the words that you know to get by. Later I learned the Chinese word for booger is bishi, which literally means “nose shit”.

She immediately shoved her finger directly up her nose right in front of me and pulled out a massive green goober that was lightly speckled with nasal hair. While trying to ignore her actions, I was personally quite pleased that she instantly understood my Chinese. That was pretty cool, my Chinese has really come a long way!

Unfortunately, a long string of snot was attached to the ass-end of the booger and as she withdrew her finger from her nose, a stringy gooey substance continued to come out like she was a magician pulling a never-ending ribbon out of her nose. It kept coming out and coming out and seemed to extend down to her brainstem. Finally, the end of the stringy blob shot out, flung itself across the counter and landed right on my hand. BOOM!

She examined her booger closely and didn’t even seem to notice that my hand was now infected with whatever she had been incubating in her airhole.

I contemplated cutting off my hand for a brief second, then nixed that idea.

She looked at her booger in disgust and then quickly wiped it on her chair, but I was still attached to it. And that snotty glob seemed to be throbbing and somehow infusing with my skin at an exponential rate!

She grabbed my ticket and gave me my change with the same hand she had just used to pick her booger with! Even worse, she slid the ticket and the change across the string of goo laying on the counter and leading to my hand!!!

I starred at the items for what seemed like an eternity. Time seemed to stand still as I contemplated my options. Do I raise a fuss and cause an international incident over a booger? Was this long, slimy, disgusting thing worth it? I had to think long and hard; reluctantly, I grabbed both items and headed off towards the theater.

“So strange,” she said to her coworker in Chinese as I was leaving, “that foreigner noticed that…”

Afterwards, I left the ticket with the ticket agent at the entrance to the theater, tossed the change on the ground and then washed my hands thoroughly. It was there, in the restroom cleaning my hands till they bled, that I made a mental note to myself, “Tell people about their boogers after you receive your goods, never before. Never, ever before!”

Do you eat ‘em, wipe ‘em or flick ‘em? Please comment below.