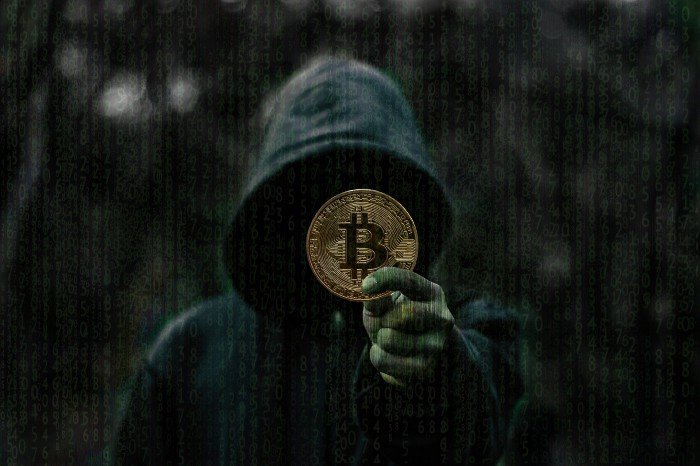 After spending a year or so researching cryptocurrencies, I’ve come up with a simple illustrative story to help newbies better understand these relatively new financial instruments. Don’t worry, I’ve removed all the complexities to make these virtual assets much easier to understand.

Before I get started with our shit-coin tale, let me clearly state that if you are indeed interested in crypto or any other money-making schemes, I encourage you to do your own research and always apply time-tested financial strategies towards any new investment. And whatever you do, don’t trust some random Joe-schmo YouTuber or blogger. Find an expert–which frankly isn’t that easy, but neither is investing!

Alright, let’s begin with the narrative. To start with, let’s assume we have a bright, middle-aged guy named Noob who is a typical new crypto investor. He’s heard a bit about cryptocurrency and is now interested in purchasing some.

On a whim, Noob walks into his local cryptocurrency warehouse and looks around. The building is completely empty, but eventually, a long-haired geekish looking guy in his mid-twenties appears.

“Sure you are and why wouldn’t you be?” says the man. “Crypto is the next big thing! It’s the future of finance!”

“So I’ve been told. I’m Noob, by the way, and didn’t catch your name,” he says, extending his hand.

“You can call me Pimp,” he says, fist-bumping Noob.

“Okay, uh, Pimp, what do I need to know about your crypto?”

“Well, first of all we have a great new currency, it’s called ‘HotPussy’!”

“Isn’t it!” he says, smiling like a Cheshire cat. “Now, you can’t actually see or taste this pussy, but believe me, it’s smoking hot!”

“Great, now how much would you pay for this nice piece of HotPussy?”

“Uh, look, I’m married and my wife’s not bad at all, in fact, I’m pretty satisfied and don’t really need to look elsewhere.”

“Sure you are, but if you had to put a price on our HotPussy coin, what price would you pay? Take a stab in the dark. Any number will do.”

“Again, I’d pay nothing because I wouldn’t buy it, especially sight unseen.”

“I understand, but for shits and grins, just give me a number, any number.”

“Yeah, but what does that even mean?”

“It means, if you give me a dollar, you can have a billion units of HotPussy, how good is that!”

“Hmm, let me see if I get this straight: I give you a dollar and you give me a billion units of an imaginary piece of ass that’s practically worthless?”

“Boom, you’re in,” says Pimp, handing him a thousand-character password. “Whatever you do, don’t lose that password or all your virtual coins will be lost forever.”

“Yep, forever and ever! You won’t be able to access your crypto again, never, ever, Trevor!”

“That doesn’t sound right,” says Noob hesitantly, as he peers at his excessively long password.

“Just hold onto that password like your life depends on it,” says Pimp, pushing Noob towards the exit. “You’re all set. Now, please go home tonight, flick on your computer, join a crypto exchange, download a virtual wallet, and start drilling for more HotPussy.”

“But what’s my wife gonna say?”

“Hold on, there’s one thing I’m still confused about,” says Noob, standing at the exit. “This whole crypto thing doesn’t seem to make any sense to me.”

“Well, something of no value can’t automatically have value. For example, air is free. You can’t suddenly say, ‘Okay, air is now 5 dollars’, right?”

“Not true. If you suddenly didn’t have any air, you’d be willing to pay anything for it.”

“Okay, maybe that was a bad example. How about, hmm, rocks. Yeah, rocks have no value. If I go out into the street and pick up a rock, I can’t come back and say, ‘Hey, this rock is now worth 10 bucks’.”

“You can if you find a good rock,” Pimp says, putting his hand on Noob’s shoulder. “Listen, you’re overthinking it! As soon as someone assigns a value to something and someone’s willing to pay that amount, that thing –whatever it is–has value. Period. And you set the value of our crypto. You just did, and you paid for it. Thus and therefore, it has value! Now here, take this, go home, and start drilling for HotPussy like a madman. Trust me!”

A year later Noob returns to the same warehouse and it’s crowded with tons of people milling about inside.

Noob carefully weaves his way through the crowd and tracks down Pimp.

“My man, sure, you’re our market maker!”

“You set the price for HotPussy, remember that? Now look at it, the price is up to 0.000001! You made a thousand bucks on a one-dollar investment!”

“How the hell is that even possible?”

“Man, I should have invested a lot more!”

“Hindsight: It’ll bite you in the ass every time!”

“Jesus, if I would have just given you a hundred bucks, I would have had one hundred thousand dollars by now!”

“Yep, good cyphering! But hey, quick question, were you drilling for HotPussy over the past year like I told you to?”

“In fact, I was; I’ve got an additional trillion coins on my computer,” says Noob.

“Really? Well, good news,” Pimp says, taking out his calculator, “you now have a million dollars as a trillion coins at 0.000001 bucks is a cool million! Buddy, you’re a millionaire!”

“Holy shit! My high school guidance counselor thought nothing would ever become of me!”

“Mine too and look at me now: I’m pimping HotPussy! And lovin’ it!”

“Me too,” Noob says, overjoyed by his sudden success. “What should I do, sell it?”

“Up to you, but let me tell you, most people just hold onto that shit and watch it go to the moon. Think about it, if HotPussy goes to one dollar or ten or even a hundred, you’ll be filthy rich!”

Noob leaves with a shit-eating grin on his face. His luck has finally changed!

The following year Noob returns to find the warehouse completely empty with no sign of Pimp. Ultimately, Noob tracks him down at a fancy new warehouse a few blocks away.

“Hey Pimp, what’s up with HotPussy?”

“Shh, don’t call me that anymore. My new name is Chief Marketing Officer or CMO. And HotPussy, well, we pumped it for all it was worth, then dumped it. You sold all your coins before the price collapsed, right?”

“Shit, sorry, you should have read the boards and noticed that HotPussy wasn’t performing. It got cold, man, ice cold! Like, after you cheat on your girlfriend with her hot sister and she finds out, cold!”

“Wait a minute! Wait one damn minute! I don’t read that online drivel! I’m a busy man and don’t have time to check out all that crap posted daily by idiots and ne’er-do-wells. And besides, I was into HotPussy for the long haul. This is total bullshit! I lost my million,” Noob says, burying his head in his hands.

“Hey now, there’s no sniveling in crypto. But listen up, we’ve moved on to a new coin called – are you ready for this - -LetMeDickYouUpTheAss! Catchy isn’t it?”

“Actually, get this, we just went ICO (Initial Crappy Offering) and it’s available now for a buck a coin, you want in?”

“I guess,” says Noob, cheering up.

“That’s the spirit; just give me a thousand and I’ll set you up. Better yet, why don’t you mortgage your house because this shit’s going through the roof! I mean well beyond the moon! I’m telling ya, it’s going directly to the center of the galaxy! You can’t miss out on the deal of a lifetime!”

Another year later, after several unsuccessful promotional events, unsavory activities by the CMO, and a lengthy federal investigation; the price of LetMeDickYouUpTheAss totally collapses.

Unfortunately, Noob leveraged his house to the hilt to pay for Pimp’s new cryptocurrency and is forced out of his home, his wife divorces him, and he becomes a homeless person living on the beach. On the other hand, Pimp is living comfortably on a massive yacht anchored offshore near the very same beach where Noob is residing.

One evening, Pimp drives a dinghy to the beach to grab some party supplies and practically falls over Noob who is sleeping on the sand underneath two pieces of damp cardboard which he is using as blankets.

“Hey,” Noob says, waking up in a drunken stupor. “I know you! You’re that crypto guy! The very same guy who made me lose all my money,” Noob says, getting up about ready to knock Pimp out.

“Whoa, hold the phone! I know you, you’re that HotPussy market maker! Dude, you look like shit!”

“Yeah, well, thanks to you I lost everything,” Noob says, wringing the juice out of his long beard.

“Sorry to hear that! Really, I am! Blame ‘crypto winter’! Man, the market got cold, real cold! Like, when your wife catches you sucking another dude’s dick, cold. I’m talking arctic! Look, if it’ll make you feel any better, I’m hurting too, can barely afford to buy a second yacht for my tenth home in the Bahamas, which incidentally got destroyed by the hurricane. Thank God for insurance!”

“Ten homes? You have ten homes?”

“Yeah, but they’re not that big, more like cottages strewn around the world, here and there, in choice places mind you, but not too choice, if you know what I mean?”

“Yes, I know what you mean,” Noob says, slamming his grimy finger into Pimp’s chest. “You screwed me and every other investor out of our money and are now living large while the rest of us held on to our coins! You sold us shit coins! Worthless pieces of shit! HotPussy my ass! It should have been called CrustyGonorrhea!” Noob yells, getting in Pimp’s face. “And LetMeDickYouUpTheAss, ha! I’ll dick you up the ass right here right now! Bend over!”

“Hold the phone, Chuck!” barks Pimp, pushing Noob back. “Realize this, those coins you bought all had value at one point in time! And listen, you think the dollar has any ‘real’ value? Hell no! In fact, it’s backed by a lot of hot air, and frankly, so were our coins, but at least you could have made some good money on our coins if you were smart enough to sell high and buy low. That’s just sound investing right there.”

“What!” screams Noob. “You motherfuckers told us to hold on to that shit and not to sell it! Meanwhile, you manipulated the price and got out when the outting was good! You fucked us! You fucked us all!”

“Now hold on right there, bro! We didn’t fuck you, HotPussy fucked you and LetMeDickYouUpTheAss sealed the deal! I simply offered you an investment opportunity and you responded by, well, investing. I didn’t hold a gun to your head!”

“No, but I’m holding one to you now,” Noob says, pulling out a squirt gun full of cheap vodka.

“Ha, don’t be playing, Holmes,” says Pimp, getting all gangster while whipping out a loaded AK-47. “This is the real deal! Make your move, mutherfucker!”

Without hesitation, Noob shoots a long powerful stream of bad vodka directly into one of Pimp’s eyes.

“Got damn,” screams Pimp, rubbing his eye in anger.

Pimp quickly responds by shooting Noob in the leg with real bullets and then pissing on Noob’s gaping wounds before casually walking away as if nothing had happened.

Later that same night, Noob is arrested for bleeding profusely on public property.

Sadly, Noob wound up spending ten years in jail and once released, slowly managed to right himself and find meaningful work as a trusted financial advisor.

The moral of the story is this: Never invest in something you don’t truly understand and never trust a pimp pushing HotPussy!

Thanks for reading “Cloudy with a Chance of Shit Coins”!