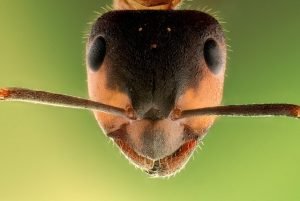 One of my earliest childhood memories is being out on the front yard in the midday sun, minding my own business, watching my older brother mow the lawn. I sat down on a freshly cut area of grass and absorbed the heat from the sun and revealed at the joy of being alive. I think I was about three years old, so being outside was a big deal. Next thing I remember, I was attacked by vicious ants and repeatedly stung. I started to cry and scream in pain!

My mom came out and noticed that I was covered in large piss ants and they were wickedly angry because I had accidentally chosen to sit down directly on their nest right after my brother had cut away the tall blades of grass protecting the entrance to their home. The lawnmower probably sucked up many of their ant comrades and flung them through high-speed blades. The ants were understandably pissed off and took their anger out on me. My mom rushed me in doors, put me in the sink and washed me off.

I remember sitting in the sink after the pain had subsided and looking at my worried mother’s face and wondering what had happened. You’d think that incident would have left me traumatized and caused me to freak out every time I saw an ant. Actually, I have always been enthralled by ants ever since that day. I guess I learned to respect and marvel at them from an early age. On that note, this site details many astonishing facts about ants including a way to potentially stop the spread of fire ants using another species of ant as bait. If you’re not convinced about the badassitude of ants, then watch this video:

Invasion of the Ants 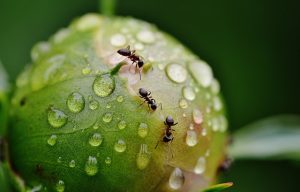 Many years later, I was sitting in my house and noticed that a ton of baby ants had decided to take refuge in my home after a storm. I can’t blame them, but the sight of a long line of ants inside my house going from my door to my sink, like a freeway, made me angry. The ants were uninvited pests. So I went online to see if there were any natural ways of getting rid of them. One person suggested vinegar and another stated that ants hate the smell of cinnamon. I had both objects on hand, so I sprinkled a healthy amount of cinnamon on the ground beneath my doorway near where the ants had entered and put some vinegar in a cap also near the line of intruders.

A day later, the ants were bathing in the vinegar and snorting the cinnamon to get high. That really infuriated me! Reluctantly, I went to a store to buy some ant bait. I hate using poison to kill something, but it seemed like the only way. In any event, I placed a few circular containers of ant bait down on the ground near a large intersection of ants and waited. The baited traps had about six tiny openings on each small, circular plastic device. I watched for hours, but the ants just wouldn’t go into the openings. They climbed all over the traps, but wouldn’t go in. Was it the wrong type of bait or were my ants too smart to be tricked?

Toothpaste to the rescue 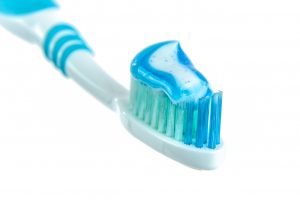 The next day, I bought two more brands of ant bait and placed those around the affected area. Oddly, the ants suddenly became interested in the first ant traps that I had set previously and before too long, the ants all disappeared, only to return via a small hole in the doorway the next day. They created a new freeway to my sink; this one avoided the ant traps. After some thought, I decided to cover this hole with toothpaste and viola; I haven’t seen any more ants. That toothpaste is some powerful stuff, so powerful that I started to wonder what it was doing to my body long term?

The evils of fluoride

For shiggles, I looked up fluoride, one of the key ingredients in toothpaste. Well, there is nothing funny about fluoride! Turns out, some people think it causes cancer! Furthermore, there are now warning labels on toothpaste tubes because so many children swallow toothpaste and the fluoride can really fuck them up! The Centers for Disease Control and Prevention actually recommends supervising children below the age of six when they are brushing their teeth so they don’t swallow any toothpaste! Taking it one step beyond, HowStuffWorks created the fascinating video below about the dark history of fluoride, which, if true, is pretty freaky!

I’m not a scientist, so I don’t know how bad fluoride really is, but I just read that fluoridation in the water is banned in China as well as a number of other countries. So why isn’t it banned everywhere? Why are we fluoridating the water in the US? Again, I can’t answer these questions, but this is an interesting site about the potential dangers of fluoride.

In my research, I did learn that fluoride comes from fluorine, which is the 9th element in the periodic table and is the 24th most abundant element in the universe (If you’re curious, Hydrogen and Helium top the list). In addition, fluorine is a highly reactive gas, meaning it combines with most anything, thus it is not readily available in its natural state. Interestingly, it’s a component in a beautiful mineral called fluorite or fluorospar and this rock happens to be the state mineral of Illinois. Unfortunately, fluorite isn’t mined in Illinois anymore due to Chinese competition. Below is a picture of fluorite for reference. 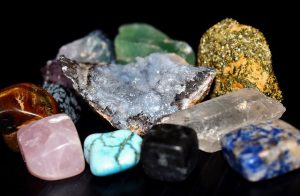 On a scary note, while looking for a good picture of teeth for this blog post, I found a gruesome image of a child’s skull before losing its baby teeth, I warn you not to look, but if you’re brave, click here. OK, it’s not that scary, but why do we even have baby teeth? It would make more sense if our teeth just grew like our bones. Why are they hiding?

The wonders of toothpaste 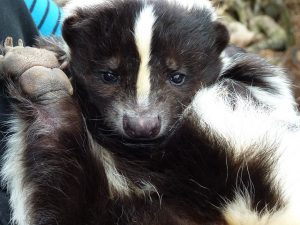 Back to toothpaste, while getting my computer repaired once in China, a person at the computer shop cleaned up my old Macbook using a toothbrush and toothpaste. Afterwards, I was surprised at how good she had made my computer look! So that got me wondering, what else can you do with toothpaste? This site offers 42 hardcore uses for toothpaste including neutralizing skunk odor, putting up posters, cleaning chrome, and removing carpet stains. Thus, toothpaste really is powerful and useful! If you’re not convinced about the hardcoredness of toothpaste, then watch this video: