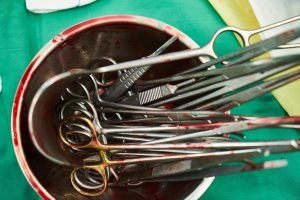 Sperm banks and vasectomies are two things that I typically avoid talking about: Simply because I never want to have the latter and the former creeps me out! So it was surprising when my Canadian buddy, Dickie, brought both of them up in a recent conversation.

Dickie’s in his late 20s and comes from some small cold town in Canada. He’s got short brown hair and a huge schnoz that he constantly itches with his knuckles as if he’s playing a beat on his nose that only he knows.

He’s incredibly argumentative, but brings up some very valid points, occasionally. His brain seems to be spinning faster than most peoples’ and once he starts talking, it’s hard to keep up. All I do is listen, try to point out holes in his theories and try to provide comic relief.

In addition, he tends to overthink everything ad nauseam and he constantly acts as though he has life all figured out even though he frequently changes his mind.

He’s been living in Asia for over five years and I think it’s corrupted him, a bit. He just moved back to China, where I’m based, and we recently had a long-ass phone conversation about, you guessed it, sperm banks and vasectomies. The gist of that conversation is below.

‘Good,” I said. “Just chilling at home on a beautiful Sunday afternoon in Shanghai. What about you?”

“Actually pretty good,” he said. “I’m on my couch watching TV. By the way, you should watch Piff the Magic Dragon. He cracks me up. He’s a magician that thinks he’s a dragon. Hilarious!”

“OK, I’ll check that out,” I said knowing Dickie loves pop culture, particularly videos of any shape or form. He has almost a photographic memory for South Park episodes.

“Oh, also, check out Hard Candy, it’s a movie with that chick from, shit, I forgot, wait, oh yeah, Ellen Page. She’s sooo good in it!”

“Great, I’ll add that to my list,” I said hoping he wasn’t going to start quoting pop culture to me for the entire conversation.

“So-so, it’s a desk job at a Chinese company and I’m bored with it. How’s your work,” I asked.

“You know, I was pretty excited about it when I first started working there, but now, it’s a job. And after a lot of thought, I’ve decided it doesn’t really matter what I do for work. I’ll just go in, put in my eight hours, get paid and have a fun life after,” he said. “Oh yeah, did I tell you that I’m saving ¥10,000 RMB (About USD1,500) per month now? I figure when I have $300,000 USD, I’ll retire somewhere and never work again.”

“Should be, I mean I’m 27 now, so I figure in fifteen or sixteen years I’ll have enough to never have to work again.”

“Then what, won’t you get bored? What if inflation rises or the climate changes or you lose your job and can’t find work. Or you get sick?”

“Come on, be realistic! Look, I did the math, I am a math major, remember? So $300K is enough! I’ll be in my 40s, looking good, living large on a beach somewhere with maids and what have you.”

“Interest man, I’ll live off the $30K a year interest. That’s more than I spend now. I’ll buy a nice place on a beach somewhere and chill man! Chillsville is where I want to be: Smoking a spliff, watching the sunset, listening to the cool ocean breeze, and don’t forget, fucking whores. How good is that, really! How good does that sound to you! It’s every man’s dream! And I’m going to live it!”

“Dude, really, 10% should be a piece of cake,” he said extremely confidently. “Oh, by the way, did I tell you I’m getting a vasectomy?”

“What!!! No, why the hell would you do that,” I said nearly rolling off the couch.

“Hold on, have you ever heard of a rubber?”

“Condoms suck dude, I hate ‘em,” he said matter-of-factly. “Look, here’s the beauty of my plan.”

“There’s more,” I asked still trying to fathom how anybody could fuck a whore without a rubber and worse yet, how anybody would willingly want to subject themselves to a vasectomy! I shutter just thinking about it!

Banking on the Future

“Of course there’s more! Listen, I’m going to also start freezing my sperm. So say I’m fifty and I decide I want to raise a family, then I’ve got a sperm bank full of my little guys when I was in my prime.”

“So you won’t impregnate a whore, but you’ll have super babies whenever you want them,” I asked still trying to piece together why he wanted a vasectomy and now why he wants to freeze his sperm!

“Exactly, well not super babies, just normal babies. The way things are going, I don’t think I’ll have a family for a while. I definitely want one, but not now. Too many things I want to do first. Too many places to go.”

“Too many women to screw,” I quipped.

“Why does this all sound very familiar to me?”

“Someone else is doing this?”

“I don’t know, but look, as your friend I feel the sperm freezing is fine, but by the time you’re fifty, you’ll just shoot your load into a machine and it’ll spit out your top guys. Then they’ll brush your best sperm on the egg of your choice and BOOM, super baby!”

“Maybe, they can probably already do that now, but it’s expensive,” he said.

“I don’t know the cost of it, but it’ll probably be standard procedure in twenty-five years. But here’s the main point, why the hell are you fucking whores without a rubber!!!”

“I just told you, they’re uncomfortable, I hate using them,” he said getting frustrated.

“Look, do the math,” I said trying to appeal to his analytical nature. “If one whore sleeps with one man a day, every day for a year, that’s 300+ dudes. If those dudes have all slept with at least a hundred women, then each time you sleep with one of those pros…”

“But my point is, you’re missing the point! You’re going through quite possibly the worst operation any man could ever go through instead of simply wearing a rubber!”

“Have you heard of drugs? They knock you out nowadays. Those hospitals have very good drugs, jeez,” he said.

“But there’s a small chance that there will be complications and I assume you’ll get it done in a cheap Asian hospital so there might be some serious problems like they accidentally cut off your dick instead or cut out one of your kidneys and replace it with a roach kidney.”

“Dude, please! It’s a simple cut and tie operation. I didn’t know you were so squeamish.”

“Believe you me, when it comes to my nuts, I’m very squeamish! But my second point is, if you keep fucking whores without a rubber, the odds of you catching something serious rises greatly!”

“The girls are clean man,” he said confidently. “They get medical checks every week!”

“Come on, you can buy a fake medical report on Khao San road in Bangkok anytime you want!”

“No no, no, they are very serious about their health checks,” he fired back. “One outbreak could ruin the entire business so they are very strict about that shit!”

“OK, maybe they are, let’s assume you’re right. But what if you fuck one whore the day before her health check reveals she’s transmitting some strange fucking disease from Mars. Then what?”

“Dude, you’re so out there,” he said. “Look, it’s safe, I’ve been fucking pros for four years straight now and not one single problem, ever!”

“Listen, you’re playing Russian Roulette,” I said getting frustrated. “Just wear a fucking rubber, end of story! Your life depends on it. You’re fucking at-risk individuals. Don’t be lazy! Have fun, but be safe!”

“Man, you’ve gotta smarten up, really! And I don’t get it, why are you so insanely worried about impregnating whores? I mean, no guy fucks a whore and then thinks, ‘Oh my god, what if she’s pregnant,'” I practically shouted. “Anyway, if they do get pregnant, they probably won’t know who the father is and secondly, won’t they just get an abortion anyways? Or raise the kid by themselves? Or give it up for adoption?”

“I don’t know if they will or won’t, but I don’t want someone to be able to hang that over my head one day: ‘Hey, this is your kid!’ That would suck! Furthermore, I don’t want an unknown kid of mine being raised by a prostitute, plain and simple.”

“What are you afraid of,” I said trying to get to the bottom of this.

“I’m afraid of having one of my children raised without me knowing it, without my consent, by a whore, OK,” he said getting super agitated. “I want to raise my kids and help them become happy, productive members of society. And being raised by a whore doesn’t sound like a very good environment for a child to me.”

“What if she’s a high-end whore who makes a ton of money, hires nannies, teachers, gym trainers, the whole nine yards,” I said trying to pick away at his argument.

“That’s not the point! I won’t be there to help raise the child!”

“What makes you think you’ll be a super parent? Maybe a single mom who happens to earn some extra dough on the side by hooking is mega-times better than you in the parenting department.”

“I’m sure there are a few out there that can do it, but I don’t want a kid of mine being raised without me. That terrifies me!”

“I don’t know, it just seems so wrong,” he said. “If I have a kid, I’ll do everything I can to take care of it and give it a great life. If someone else raises my kid without me knowing, I’d feel like a failure. I don’t want that! Do you want someone else raising your kid? Do you want a slew of offspring that you don’t even know, don’t even have any say-so in their lives? You’ve seen the sperm-bank movies right? Guy donates in college because he needed the money. Now he’s got over a hundred kids! Come on, there is something completely wrong about that situation! So wrong that I never, ever want it to happen to me!!!”

These are all very valid points so I had to dig deep to find the holes.

“OK, but here’s a scenario,” I said. “Say you donate tons of sperm. You get cut. No whores get pregnant. Then you die in a tragic accident. Afterwards, someone discovers that your sperm is magical: It generates flying dragons and whatnot. Then someone else steals said magical sperm and starts selling it on the black market. Or the sperm bank starts selling it to the highest bidder and you end up with thousands of magical flying offspring against your will. Then what?”

“Or what if your vasectomy goes horribly wrong and somehow all of your young sperm get lost or go bad or get eaten by a hungry sperm-bank clerk, it could happen!”

“OK, here’s another one. What if one day someone discovers that your donated sperm is super sperm and it can create super babies? Then someone clones your super sperm and we end up with an entire planet full of your offspring all not raised by you! Then what!”

What advice would you give Dickie?